Life is sacred, it is a quest for the nobility of spirit. No matter what walk of life or background, we all have dreams, ideals, and aspirations. I believe that art is in essence a process of sharing. By establishing common ground of our shared experiences, I would like my work to play a role in allowing people to become flexible in their perceptions of reality outside of any tradition. I work in a variety of mediums in order to this. Murals, paintings, and illustration all reach people in different ways, but each one of them has the ability to tell a story. A narrative element is the common ground of all my work.

Šumski is an illustrator, muralist, painter, and sculptor. Whatever the medium, his work has a strong narrative element. He has made cover art for electronic music labels and set up installations at festivals such as the Ozora Festival in Hungary. In addition, he worked with the band Crystal Fighters on number of videos.  His murals can be seen in Berlin, Zagreb, Trondheim, and other cities. As an illustrator he has worked for Nike, New Scientist, Affinity Designer for iPad, and Igapa, the biggest supplier of paper in the E.U. His illustrations have also been exhibited extensively in galleries like Factory Fifteen in London, and the Urban Spree Gallery in Berlin. He grew up in Rijeka, Croatia and currently lives in Berlin. 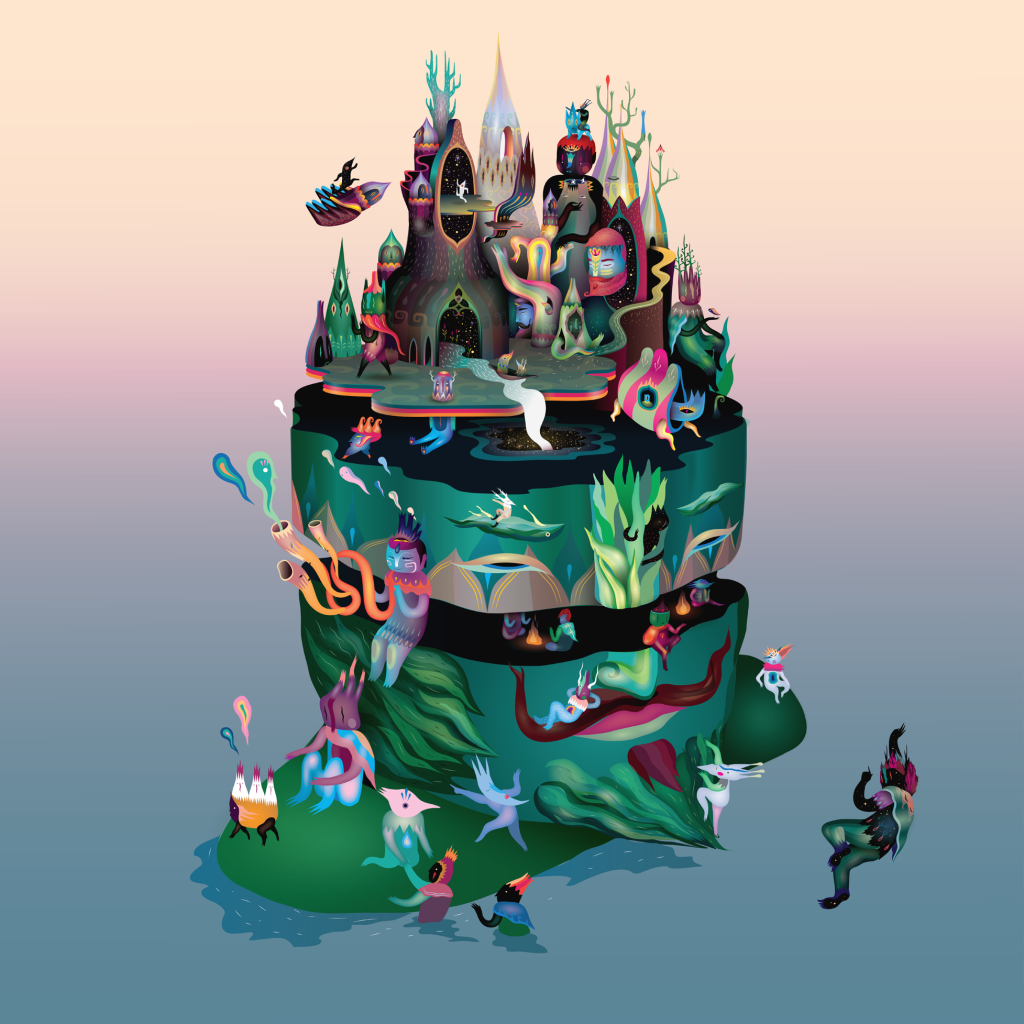 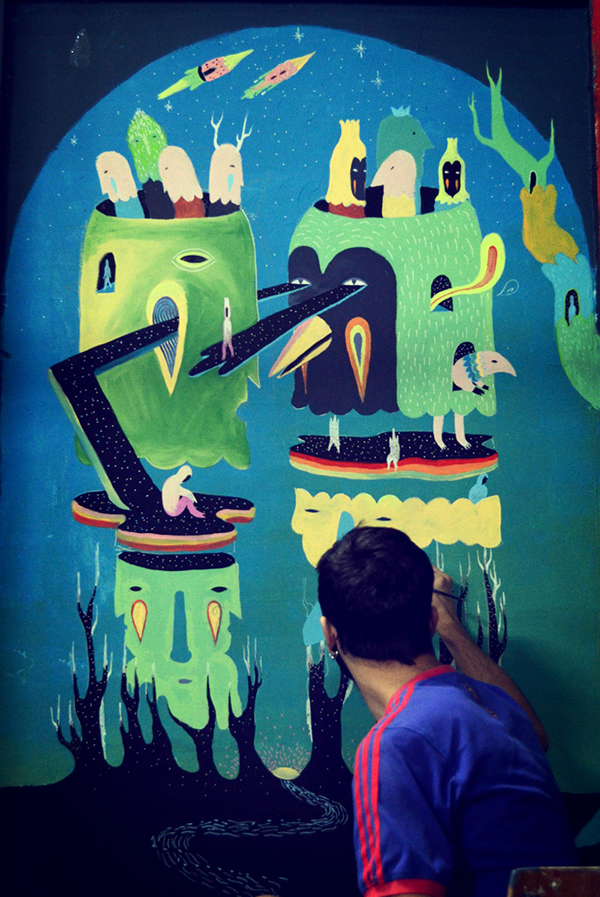 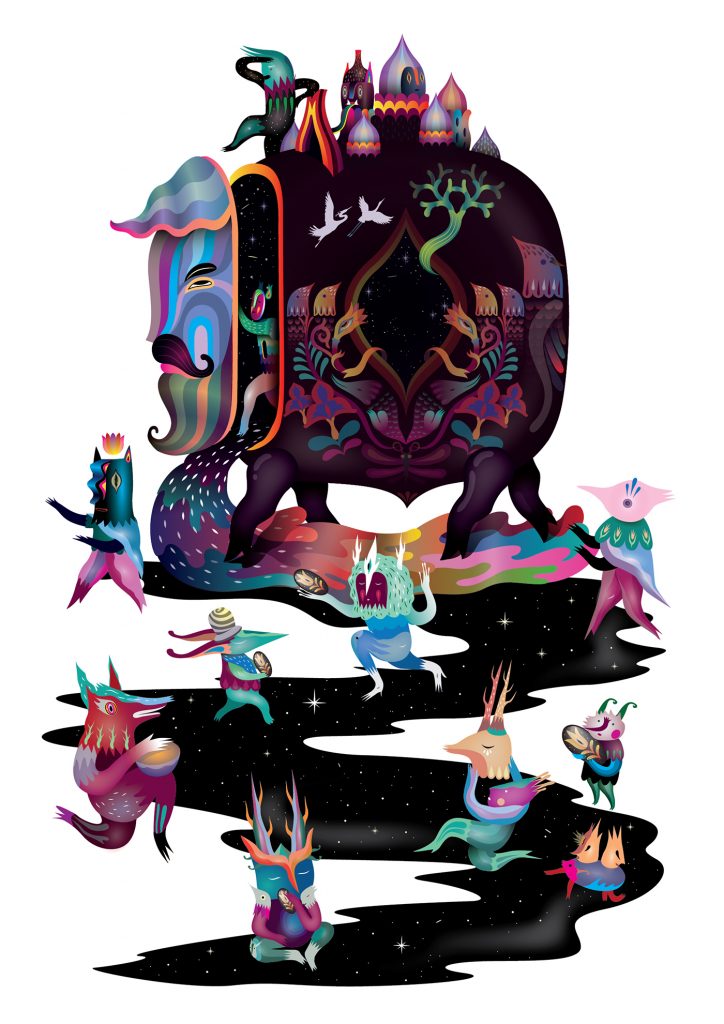 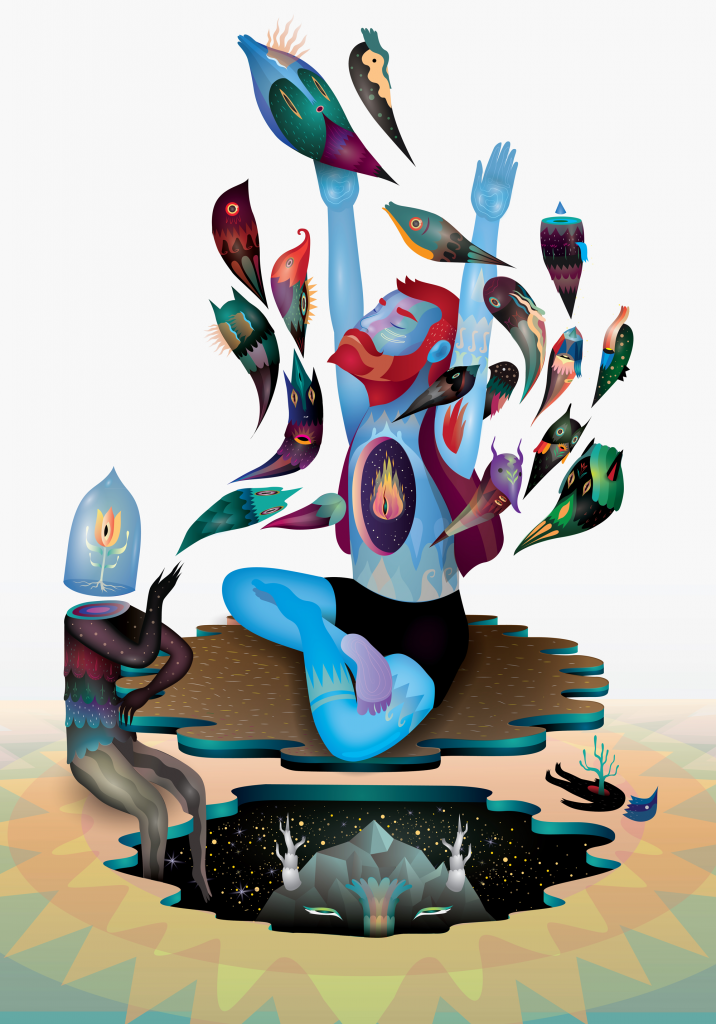 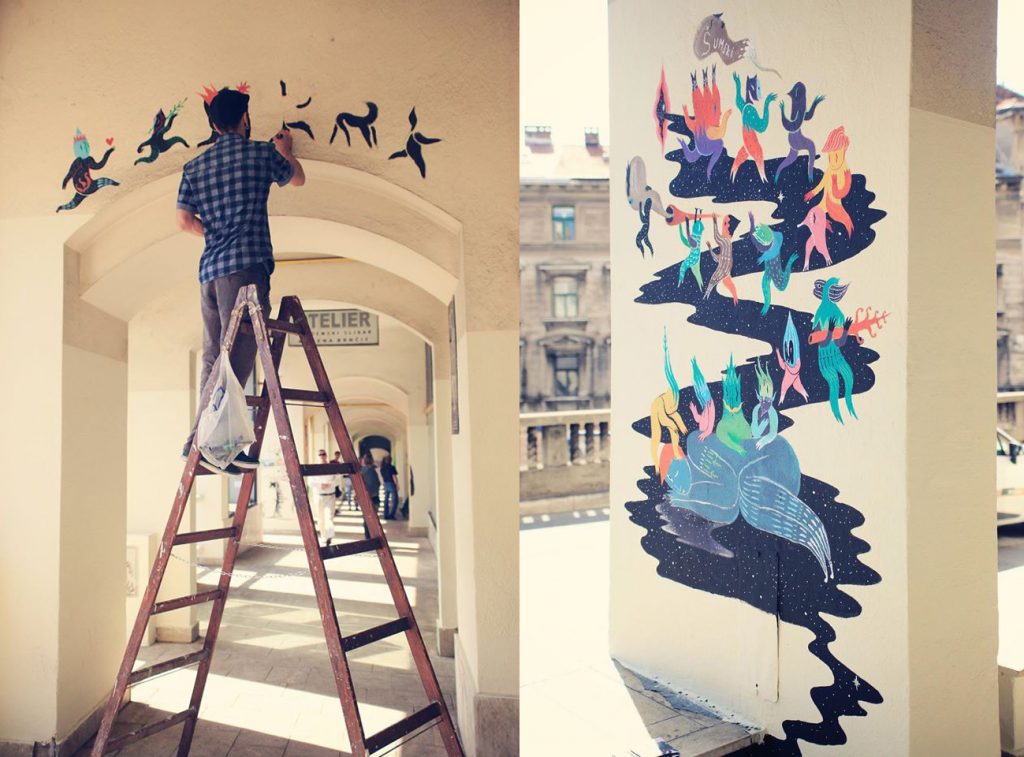 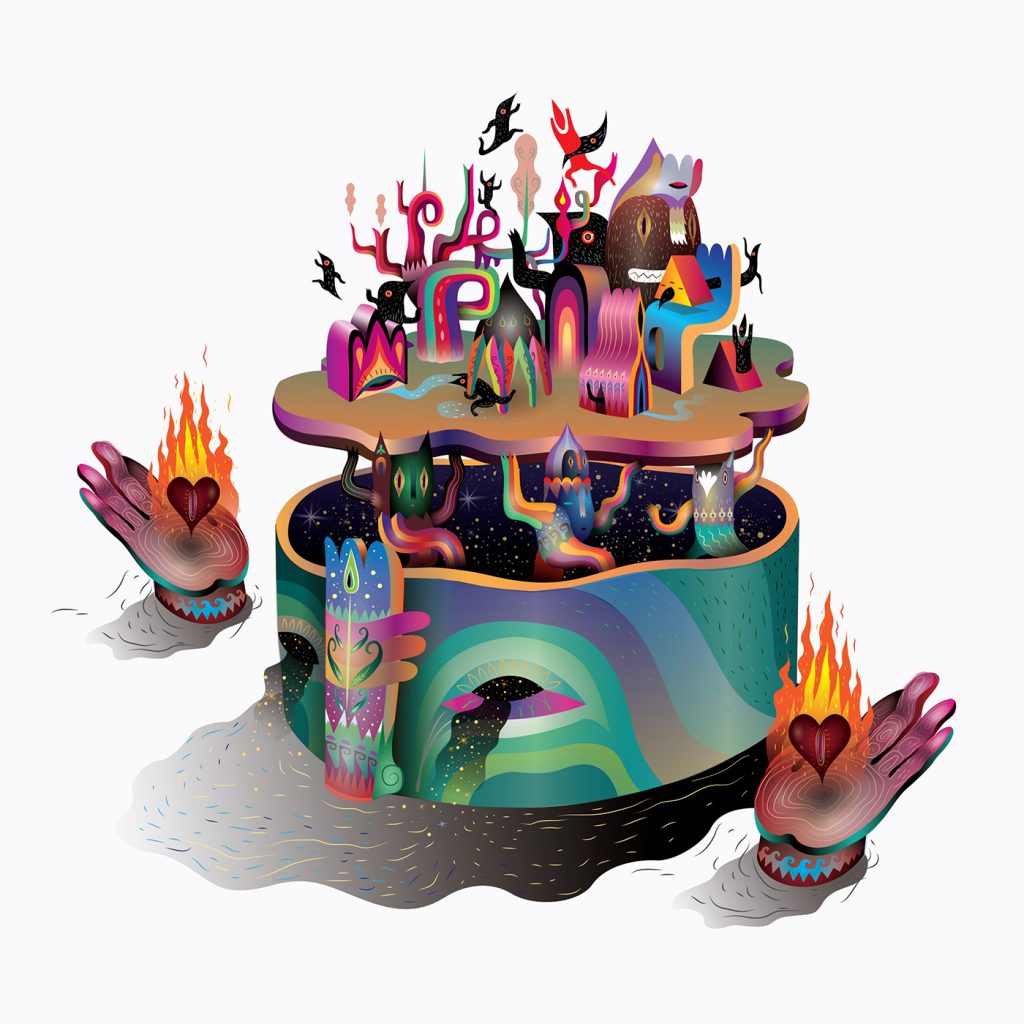 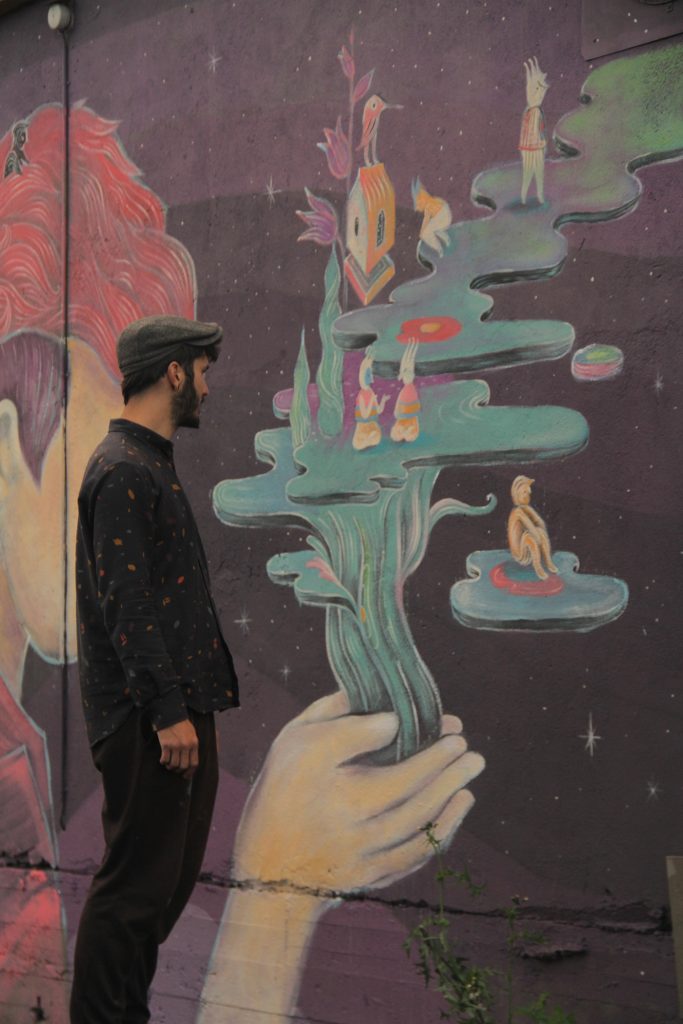 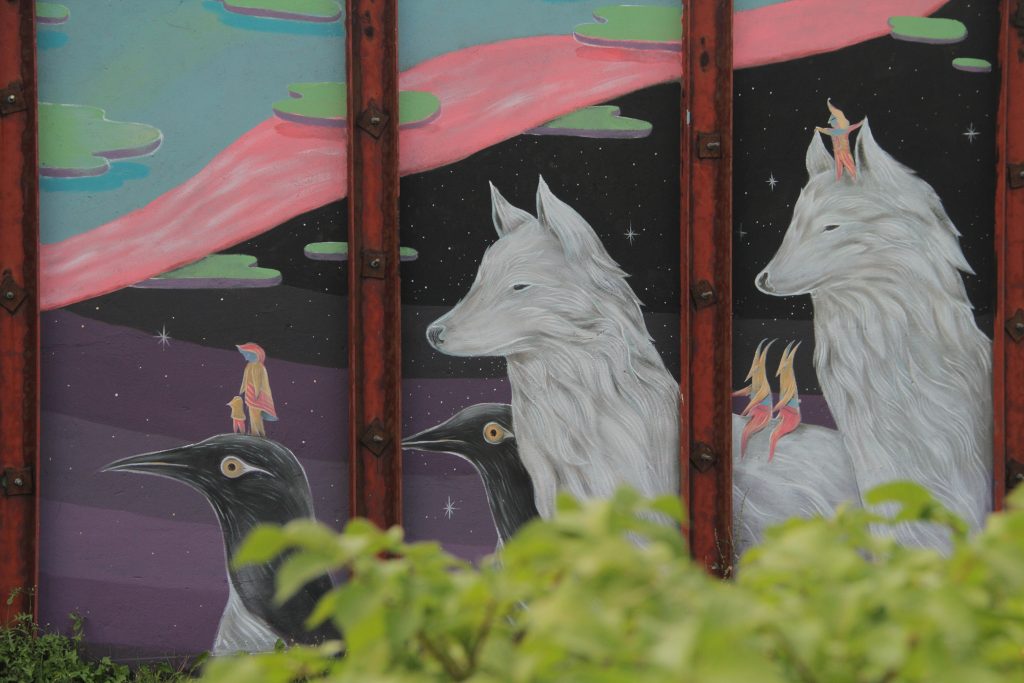 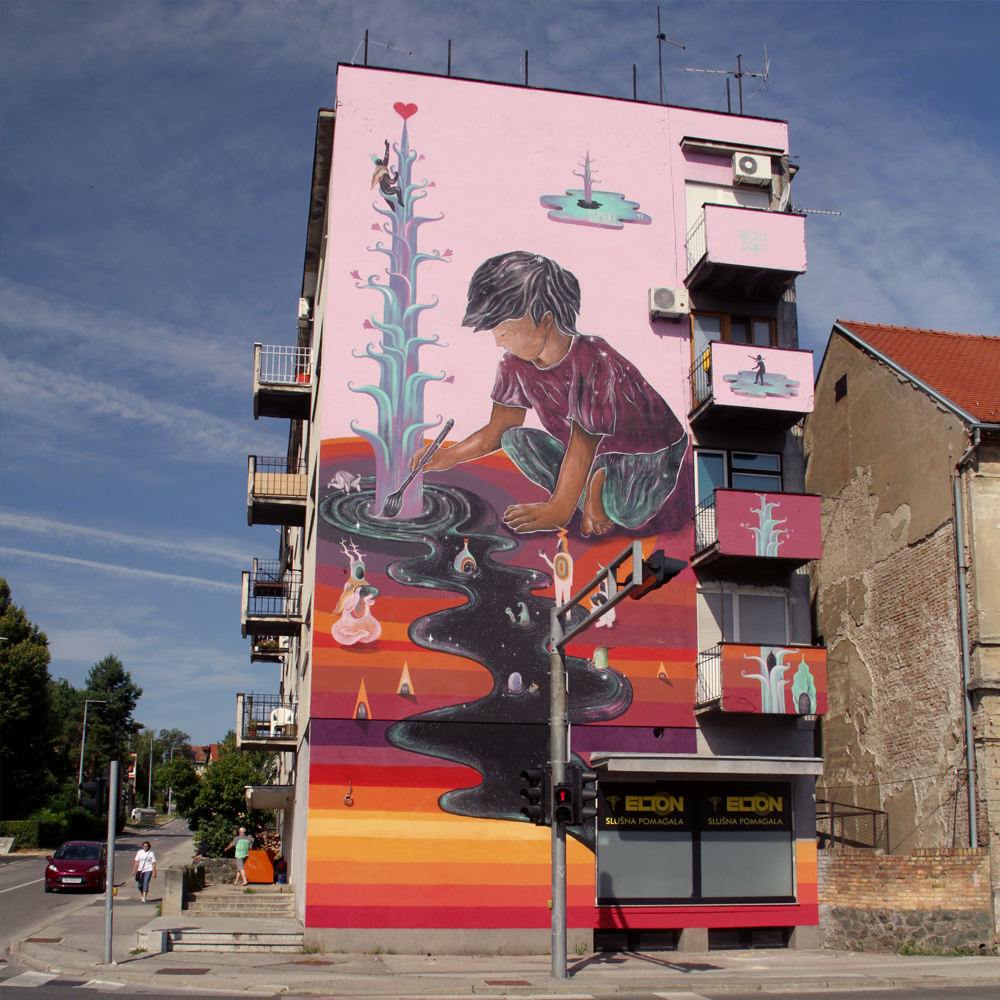 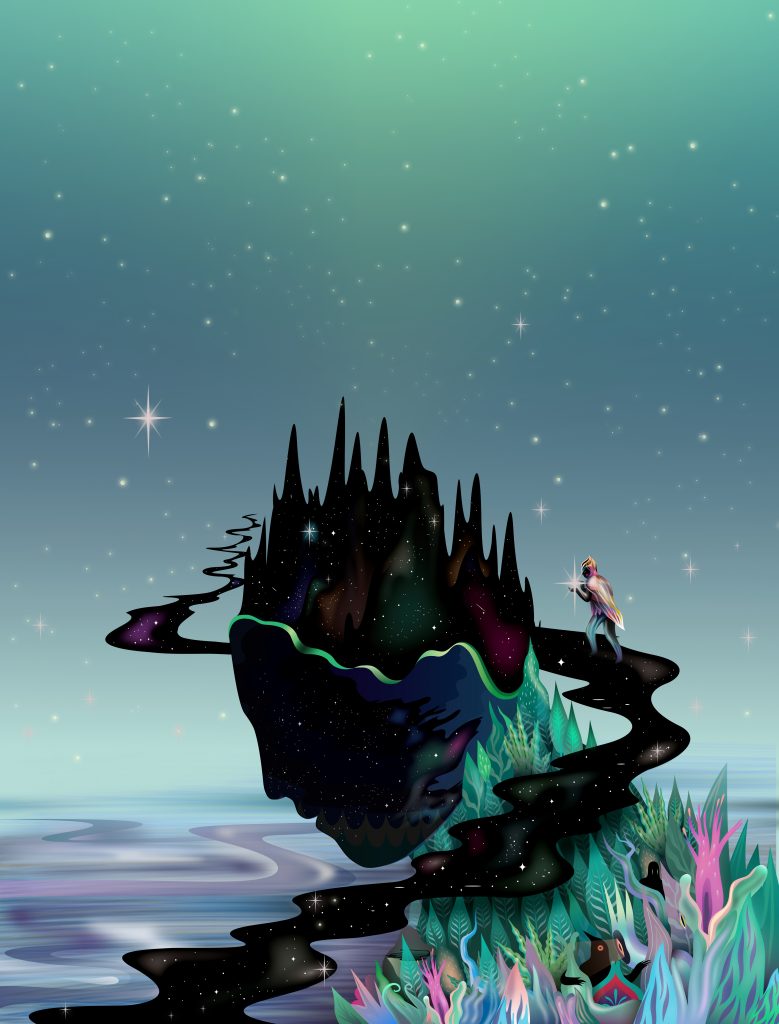 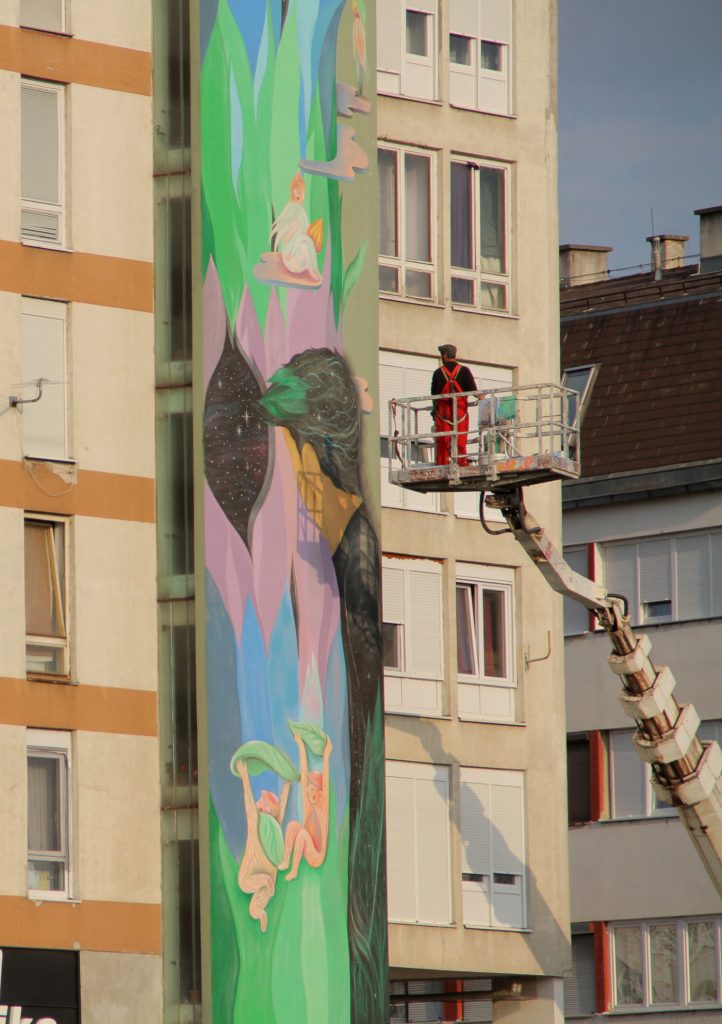 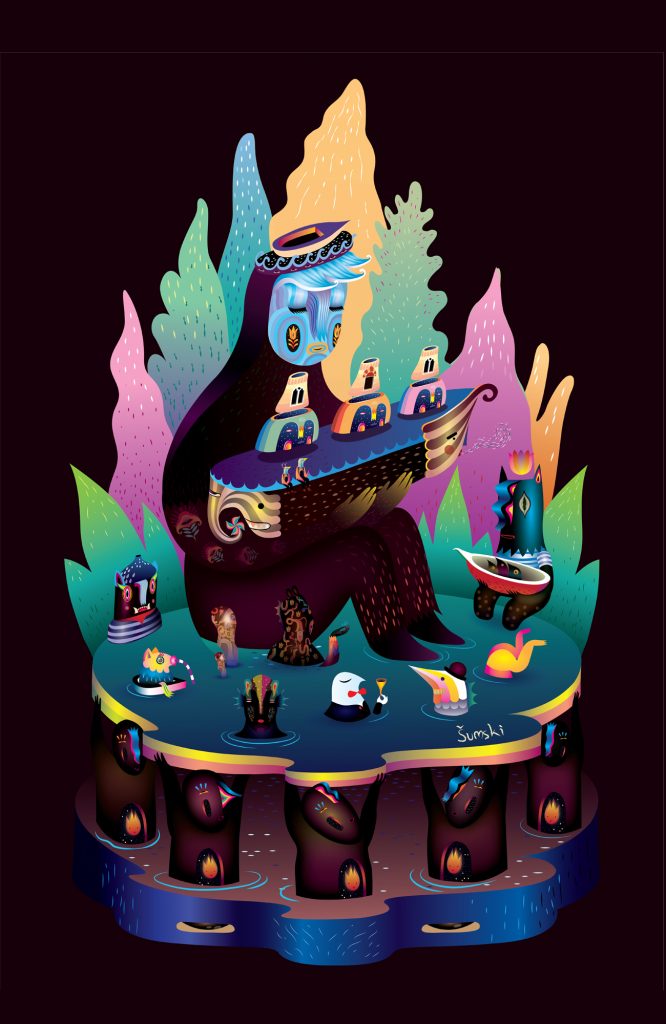